Why does the translator have to be named in the book?

In contrast to translations of technical or specialized materials, the translation of literature is an art. This principle applies to poetry, novels, and biographies—and even to non-fiction works. It logically follows that translated books constitute works of art, and all works of art have a creator. And, as with all works of art, in every exhibition of the artwork the creator must be named.

The foregoing is not my personal opinion, but rather a legal requirement, specifically one set forth in §3 of the German Copyright Act (the Urhebergesetz):

For this reason, moreover, literary translations in Germany are taxed at the reduced value-added tax (VAT) rate of 7%, rather than at the usual 19% rate applicable to specialized or technical translations.

The duty to name the translator of your book arises, therefore, as a consequence of copyright law as well as from the contractual agreement into which I enter with you when you retain us to translate your book into German.

How is the translator to be named in your book’s German-language version ?

In accordance with the contractual agreement into which you enter with me, you must name your book’s German-language translator in three places: 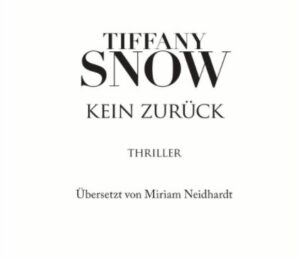 2. In the imprint: every book is required to have an imprint naming you as the holder of the copyright. And just like you, the translator must also be named—in their case, as the creator of the German-language version. In the same manner, I include this naming in our books. That is how the translated book I’ve already mentioned appears (please click to view enlarged image):

3. On all product advertisement pages: this requirement refers to every internet or printed catalog page in which the book is introduced, or on which it is being offered for sale. If you publish at Amazon through KDP, then the translator is named in the following manner (please click to view enlarged image):

Log in at kdp.amazon.com, then, for your book, click on “Edit Ebook Details” (and “Edit Print Book Details”). On the first page, below the box for “author”, you will find a box for “contributors”. Using the drop-down menu, select “translator”, then enter the translator’s first and last name—and you’re done. That’s all there is to it! If you wish to offer your book for sale in other online shops, you will have to look where the translator’s name has been entered.

Having done that, it appears as follows (please click to view enlarged image):

Like the author’s name, the translator’s name is also clickable, so that with a single click, readers will land on either the author’s main page—because as a creator, a translator can also set one up—or there will appear a list of books written by this translator. This feature is a most important one for us!

As a general rule, wherever you, as the author, are named as the author of the German-language version of your book, the translator must also be named—precisely because they are also a creator.

Incidentally, nowadays some publishers, such as Second Chances Verlag, for example, or Amazon’s imprints such as Edition M, are naming the translator even on the cover. If you ask me, that’s how things should be done! I hope this practice gains traction. Name your translator!

Would you like to have your book translated from English into German? Then you’ve come to the right place! Please take a look at our website and contact me!

How is the translator to be named in the book?

Your Book in German!

With a comprehensive package consisting of translation, editing, and proofreading, you don’t have to worry about a thing!

“Selling your novel in Germany” is an ebook written by Jeannette Bauroth and Corinna Wieja aimed at American authors who want to have their novel translated into German. (Click on the cover to get to the Amazon product page.)